Home
SELF IMPROVEMENT
Do No Harm, But Take No Sh*t; A Simple Philosophy.

Throughout much of my life, I have unconsciously abided by an unwritten code; one that is simple to apprehend, difficult at times to apply, but always rewarding in the long run, when followed faithfully.

This simple philosophy is much like the law of reciprocity, more commonly known as the Golden Rule. 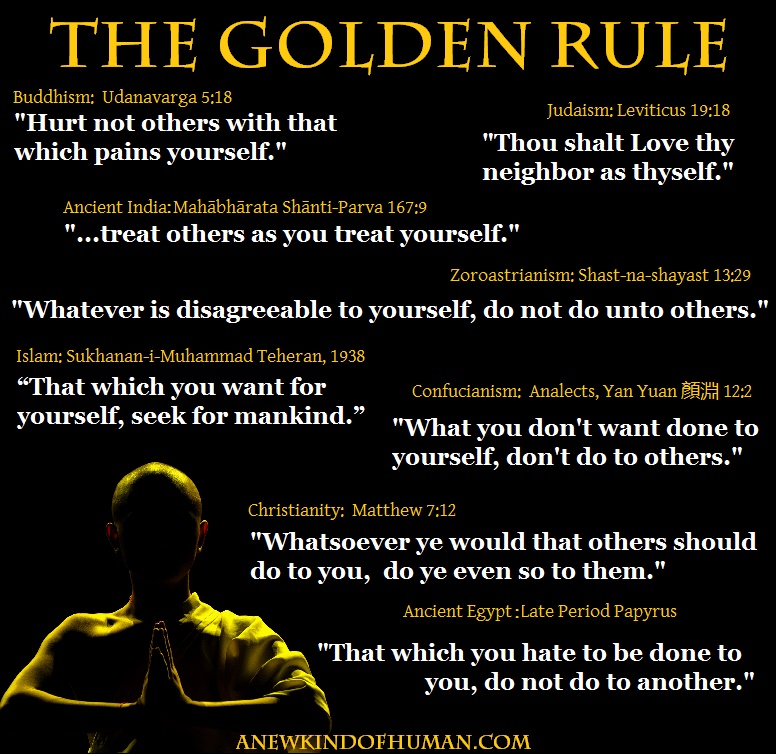 The Golden Rule can be found in countless traditions and philosophies around the world.

These traditions date back thousands and thousands of years, to places like ancient Egypt, China, Greece, Rome, and Persia, amongst others.

Although I have the utmost respect and admiration for the Golden Rule, it still remains incomplete because it does not address an imperative topic; how to deal with those who unapologetically violate its doctrine.

DO NO HARM, BUT TAKE NO SHIT

It is a fairly common knowledge that you should always treat others with kindness and respect, just as you would like to be treated. If someone is clearly treating you with disrespect, however, don’t stoop to their level like a fool, but don’t tolerate their bullshit either. Because to tolerate bad behavior, is to accept it; and to accept that which should certainly be rejected, indirectly reinforces it as being okay in the mind of the perpetrator.

Obviously, a certain level of pragmatic logic needs to be exercised in these particular instances; as the saying goes, if we were to stop and throw stones at every dog that barks at us, we would never reach our destination. So let childish irrelevancies be, but always challenge that which clearly should be challenged. We must learn how to deal with conflict in a healthy way, not hide from it. Because whether we like it or not, it is a part of life. Avoiding that which is socially unacceptable does not eliminate its sinister presence, it only encourages it.

Even if you are scared or nervous, you must stand up for yourself. Whatever the consequences may be, they will pale in comparison to the feeling of regret and betrayal of self that you must live with every day if you choose to be silent. By avoiding the shared responsibility that we each hold of challenging injustice, we choose to debilitate our personal growth and our growth as a society. We unconsciously choose to live in a world where bullies and oppressors thrive, even though they account for a very small minority.

Each time we do choose to stand up for ourselves though — not only does it become easier to do — but with each small victory over injustice, our confidence and courage to face it, and overcome it, on larger platforms grows. This then helps us later in all aspects of life and reflects on our society at large.

Do no harm, but take no shit.

This article was originally published on A New Kind Of Human and it is reposted here with permission and attribution to the author.

This site uses Akismet to reduce spam. Learn how your comment data is processed.

Tonight Is The Last Full Moon Of The Decade — Get Ready For A Major Energy Shift!

Tonight is the Full Moon and it will

Human Energy Fields Are Stronger Than We Realize.

Every Empath Will Try To Hide These 12 Things From You (and Everyone).

Become a Contributor in 2020


Error: API requests are being delayed. New posts will not be retrieved.

Error: API requests are being delayed for this account. New posts will not be retrieved.

Copyright © 2017 SelfDevelopShop All rights reserved | Hosting and development by MSP.